Islas Hormigas’ marine reserve, located in the city of Cartagena (Murcia), has being stated as the best European destiny to practice diving. One of the main reasons that supports its current recognition is prompted by its rich biodiversity – one of the most varied around the continent –, which includes corals, fish, seaweed, cetaceans moving towards the Atlantic ocean, and even sunken shipwrecks. Its most important sunken ship, The Syrian, was shipwrecked in 1906 and it was the greatest civil sinking taking place in Spanish waters – making it the perfect attraction for scuba divers, but it is not the only one. In 1865, before the reconstruction of Cabo de Palos’ lighthouse, this place has been marked by its numerous sinkings, whose remainders are still on the deep seabed.

A tour of the principal dividing areas around the world
Wrecked ships, manta ray shoals, precious corals, dolphins and sharks; all these are just some of the amazing marine treasures that we can find during our summer holidays, and at the same time, these devices are essential for diving lovers. Due to its increasing importance, there are more and more tourist destinations including diving activities in their schedules, which encompass both immersions in boat trips and from the sea shore.
Experimented divers prefer long journeys on a cruise around the Red Sea, looking for the best locations for their immersion. Such ritual is known as liveboard, which normally starts in Hurghada, close to Sharm el-Sheikh; this trajectory comprises a recognized underwater paradise where we can find three important wrecked ships, such as the Salem Express, the Giannis D or the Carnatic, including a vast and varied marine biodiversity.
The Great Barrier Reef (Australia) is recognized as one of the most relevant diving areas: a two hundred-kilometer coast full of corals, reefs, sharks and whales. The Pacific Ocean hides some treasures as well, such as the Raja Ampat in Papua New Guinea, where we can find at least 200 types of fish in just a single immersion. The Republic of Palau has beautiful caves characterized by their “lighting effects”, and the Philippines has the beautiful and inoffensive thresher shark. Cocos (or Isla de Coco, Costa Rica) is considered a World Heritage Site, where we can find hammerhead sharks among others.
The Indian Ocean possesses the greatest manta rays’ paradise, concretely located in the Maldives, while Sipadan (Malaysia) has the turtles’ paradise; in this underwater “Eden” we can find the renowned turtle’s cave, from which we can contemplate a bittersweet spectacle: this place becomes a sort of turtle cemetery, where the eldest members of the community go to die peacefully.
Around the Mediterranean Sea, we can highlight various places where visitors can practice their diving skills, such as Catalonia (Spain), the Balearic Islands (Spain) or Malta. On the other hand, the Atlantic Ocean has one of the best marine reserves, La Restinga (El Hierro, the Canary Islands, Spain), where we can find whale sharks depending on the season. Some of the best diving destinations for both professionals and beginners can be found in our photo gallery, so feel free to have a look!

Some of the diving activities we have in Cabo de Palos are: 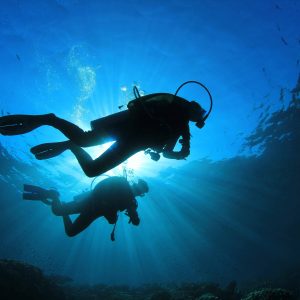 The purpose of diving baptism is to have first contact with the diving environment, discovering the sensations produced to be able to breathe… 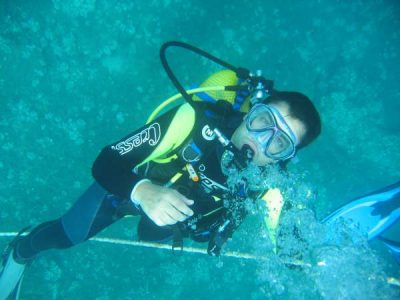